Boys and Girls are Not the Same8 min read 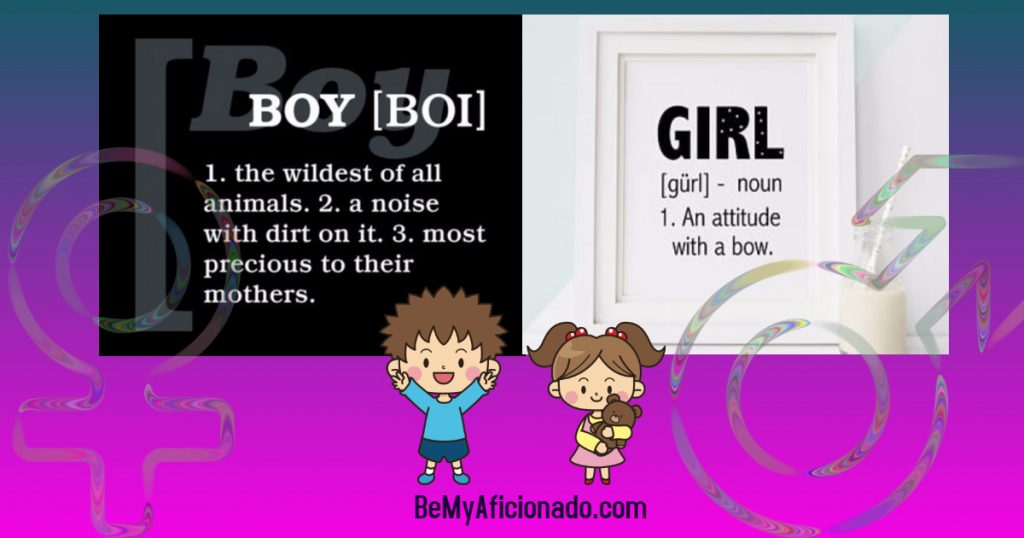 In this article, I want to differentiate between boys and girls. I want to bring it to everyone’s notice that Boys and Girls are not the same, they never were. These are two different genders and we must stop treating both on the same scale. We must learn to complement their beautiful differences.

Just to be very clear, Boys and Girls are different, not unequal. One is not inferior to the other one.

I did not want to make this article controversial, therefore, I will keep this article strictly to education purpose.

Girls and Boys are not the Same 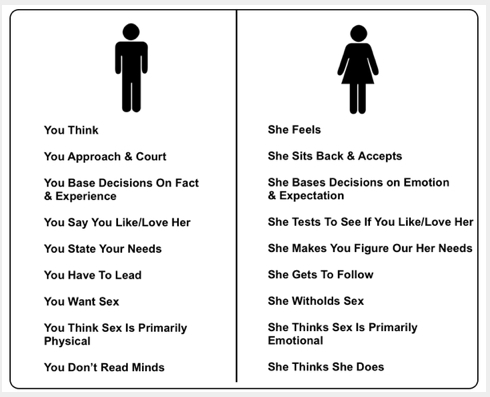 The God has made us the way we are and it is a fact we cannot change. Girls and boys are different from the very first phase after their birth. I was reading an article the other day and I found out the structural retinal differences of both genders. It was rather intriguing as it plays a vital role in the development of a girl and a boy.

Boys retina is structured in a way so that they are more geared up towards motion perception. This explains why they are more attracted towards objects in motion such as a moving hand, mobile etc. They like to gaze. This can be easily observed in newborns. In a scientific research of newborn studies showed that the boys get fascinated towards moving objects. That is why they are more amused by the toys which exhibit movements, such as Cars, monkey, trains etc.

On the other hand, a female retinal structure has a strength to focus on the centre of a vision. That is why a newborn girl seems to be more perceptive towards the smiling faces of their mom and dad. This could be seen in their early childhood as well. They are more on a creative side. That’s why they are mostly fascinated towards dolls and teddy bears.

These differences are not just limited to the vision. In fact, science has shown us that males and females are completely different in their behaviour, language, expressions and neural processing.

The two genders differ in educational and economic factors as well

It is foolish to fight for male and female equality in terms of education and economics. At Least from the scientific point of view. Males and females have vast differences in their learning abilities as well. It is found that a female mind is more of a sit in one place and study kind of thing, whereas boys do not act unless something’s on fire. They need some kind of goal to keep them moving. This could be seen at the exam time. Boys are only active during the last hours :p (kidding). I really think that our education system must understand these subtle difference and use these differences to understand everyone better.

Don’t get me wrong here. I’m not asking to segregate boys and girls in a class. This is stupid and unreal. All I wanted to say that girls and boys are different in a lot of ways and we must work towards a system that can benefit both on their merits.

I want to highlight some of the most obvious differences that we could see in our day to day life. We could use these differences to benefit an individual’s life in the most positive way. 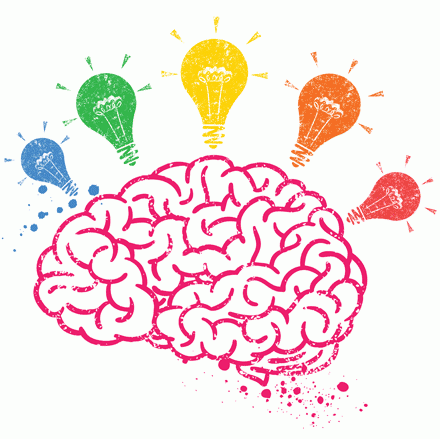 Talking about the average minds here. It is observed that female minds are better off remembering things as compared to males. This can be easily observed in your close circle that females can retain things quickly and for long as compared to males. That’s why they are often found scoring more in the school exams, but same females are not doing that well in university level (talking about the average minds).

Males are good at Mathematics, Science and Programming 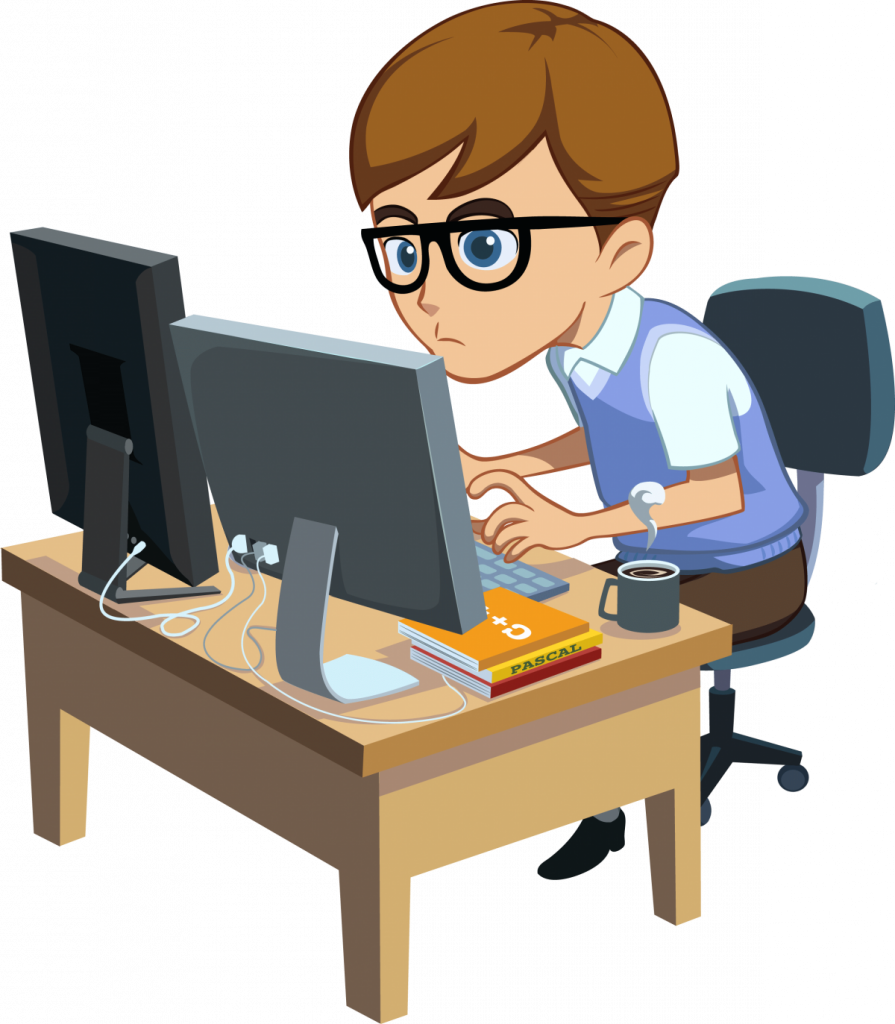 How many times have you went to a female and asked her about your doubts related to mathematics and programming? It is simply because their minds are not designed to process information in such a way which is required to solve a mathematical or physics problems. But, if you go to them for a doubt in English or social studies or history then you really find them helpful.

The study by Organisation for Economic Co-operation and Development (OECD) shows that there is always one girl out of five who performs poorly in mathematics. This could be seen from the very beginning. Girls toys are dolls, furniture set, house, jewellery, whereas, boy’s play with cars, trains etc. What I’m trying to point out from this example is that Girls have more of a creative mind. They have good visualization power and that is the reason they tend towards house hold games where they can create their imaginary friend(s). Boys are more focused towards their actions. If they are involved in something, they will keep on doing that thing unless they achieve what they want or the toy is completely broken.

So, Are boys more logical and dedicated compared to girls?

No, they are equally talented. It is just the difference of commitment and dedication. Their brains are wired to behave in such a way. There is no doubt that girls are more creative as compared to their male counterparts. Again this is not a discrimination but the observations and studies that show.

Males are more aggressive than females 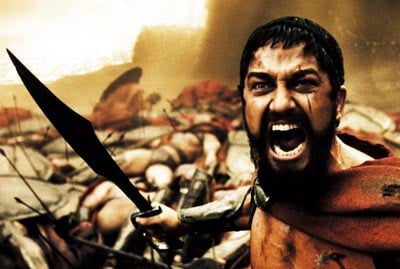 Well, this one’s kind of controversial. I was reading an article about it and it explained that there is no difference in the inner emotional world of men and women. That is kind of true but the society doesn’t agree to that.

You see the anger in males are always related to the power and aggression, whereas, the same anger in the female is termed as “Unladylike”. This is true. Have you heard of the song “Big Boys don’t cry” or watched a movie “Mard ko Dard Nahi Hota”, “Boy’s don’t cry”, by the title it is clearly seen that boys are often mocked if they cry. You might have also heard of a parent saying – “Stop crying like a little girl.” These terms and phrases are used to shame the boys in front of others. These things rather get embedded into the minds of a male and thus it makes them more aggressive and less expressive by nature.

I agree that they are not different at the emotional level by birth but I cannot refuse the fact that they are taught to be fearless and less expressive by the kind of environment they grow in.

When I looked at myself and my friends around, I find that boys and girls are equally aggressive and expressive. I also cry when I get hurt. The difference is that – I like to cry alone, whereas, girls are not afraid to cry in public. I’m sure most of you will agree with me on this one. It is a fact, we can observe this in our environment.

So YESSS? men are more aggressive as compared to their female counterparts.

Females are good at networking 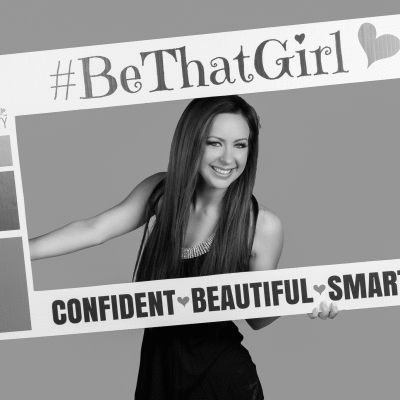 Girls are famously known for gossipers. They tend to gossip about every single thing that happens to them or to the people in their network. The term “Gossip Queen” is a proof of that. This is something they proudly accept in front of everyone. This shows a rather intriguing difference in their thinking pattern. They are more involved in making connections with other people. They unhide other’s secrets in order to gain trust and connection. Their minds make them do such things.

According to the science of psychology for brain difference between genders, it was discovered that male brain has more grey matter and female brain has at least 10 times more white matter.

What is the Significance?

Well, males are straight thinkers. If they are involved in something then they become insensible to their environment. Have you observed a boy when he is playing a video game? They become insensitive towards other things in the environment. They have kind of tunnel vision that makes them more focused and committed.

Females have a high number of white matter as compared to male. White matter is responsible for the networking grid that connects grey matter. This is a reason what makes females the optimum choice for management. They are the multitaskers. They can switch between multiple tasks quickly and efficiently as compared to a male.

I think we must take care of these gender difference in our education system and not only education system but in every aspect of our development. These things play a major role in the stability and responsibility in someone’s life. I would like to quote the words from Amanda Morgan’s website –

So, what do you think about the article? What are your thoughts? Did I make you think… Perhaps you would like to share your views with me. Maybe we can work out a solution and present it to our government.