Undergraduates – It Is A TRAP ! Do Not Fall Into It5 min read 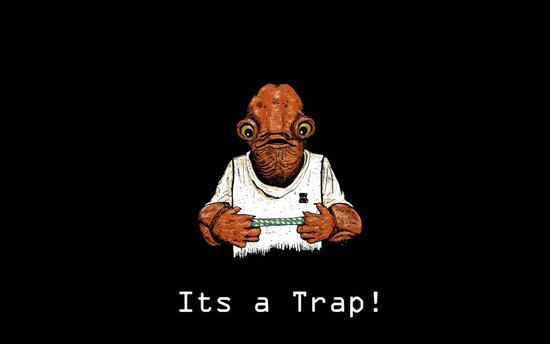 I hope you have made some good decisions in your lives, especially, choosing to read this article :p. This is just a beginning, and I’m sure that until now, most of your decisions were not really yours, it had a great deal of involvement from your parents, teachers and your well wishers. To make it very clear, it was just a kinder garden ride. You had your parents backing you up all the time and most of your decisions were reversible or had very less impact on others. ?As you live life forward; many many traps will attract YOU; some people fell into them in excitement and spends whole life in recovering. As your senior, I’m tempted to warn you about one such TRAP; which is becoming a great deal of depression for students or you can say a suction point for the youth. If you are young undergraduate, ambitious and looking for a career path then read on…

Some Lala Dimag, who ran a successful business back in 1980s or 1990s or a decade or more back thought that he can sell education too. Hence emerged a forest of B-Grade and C-Grade colleges in India. All of them claims to “Transform your life and make your career… etc… etc…” very adorable punchlines. We all are aware of this fact as we see around us. As July and August hit the calender’s, they start advertising and putting big big hoardings and banners everywhere. Only thing they cares about is getting the most admissions. Some take it to the next step by self proclaiming that “It is the best College in Asia” (I do not want to take names here).

The funny thing about it; people buy that crap. Thousands of needy people fall into this trap and while thinking they have made the right decision. They tell stories and stories and lots of stories and people buy that. They are very artful and guile during admissions but doesn’t give a tinker’s damn when it comes to their duties. They simply don’t care about you anymore once you have fallen into the trap. I’m?not saying that privatization is bad; it has brought wonders in the field of insurance, medical, constructions and many other fields. It becomes a problem when it comes to the field of education because most of the colleges and universities only cares about filling their pockets with hard-earned money of thousand of needy people. I’m totally against this tradition.

I know you are thinking that we take a thorough check of all the institutions before enrolling into one, but may I ask what exactly do you check. You check their decade old admission status. Once in awhile they manage to recruit an HR of a big company, and they tell these stories to everyone at the time of counselling. They tell it so convincingly that 75% of the youth fall for it.

The youth today is becoming more and more connected. You know “What is What” and avoid the bullshit. But it will still take time to bring this sensibility across India. Why? because there are thousands of takers for this chutiyapa. Reason – the growing population of India. They take these crap. Nirmal baba (trickery), swindles crores into his bank account in the name of faith and Asharam bapu rapes the faith out of his followers.

Let me share my experience with you, am pursuing engineering from a reputed college in India, no doubt the infrastructure of the college is awesome. You will instantly fall in love with the college. It had a great past records, but these are of that time when it had one of the finest teaching staff in that area. But what now; they are playing with the lives of every individual. They arrange campus once every year as it is some sacred festival, and by once I mean one time only (only *C*). The lucky ones gets selected and the rest are on there own. And believe me the number of selected candidates is very low. There will be no other campus. If you are talented and has really worked for yourself in the college (by not attending the college and giving that precious time to yourself). Only then there seems to be some hope otherwise it is a dead end. I fell into this trap, I saw the numbers, I saw the staff but only realized it once I actually got into it. But, thankfully I realized it earlier.

So, friends do not fall into?this trap. You will always find someone telling you his story and trying to make him fit into your world. Majority of us gets CONSUMED, i know I did. It becomes hard, when everything around you gets so hyped up. It only leads to one path; that is DEPRESSION, simple as that.

I attended Akash Gautam’s seminar in Jabalpur, and I learned a beautiful thing that day. Take a decision –

I will NOT get impressed from Anything / Anyone so very easily’. Be it ANYONE in my career, my religion, my relationships, my finances or ANY damn thing which is RELATED to me. Be Emotionally MORE competent & render these businessmen blunt!

Just remember it whenever some chutiya tells you a story. Don’t buy that easily. A real character is not following the herd, but to choose your own path and walk on it with certainty. Do not ever doubt on the decisions that you made at the first place. I can’t guarantee success with the above mantra because I’m?still in the pursuit but I can ascertain one thing that it will keep you grounded and happy. (speaking from my personal experience)

I will leave you with one of my favourite quote: –

Here are a few good reads that you must read…