You are here: Home / Cooking / History of Indian Food Heritage

We all are pretty much aware of the fact that Indians are Foody. Indians don’t eat to live, rather live to eat. We all love to talk about food, eat and try different recipes. Each and every single family in India definitely has their very own recipe (Khandani Recipe) which they transcend from generation to generation ;). But, how much do we really know about the history of Indian food? So, in this blog, I am going to take you to the journey of Indian food Heritage and cuisine over the past years. Starting from the top most states of Jammu and Kashmir to the southern most cuisines.

Here is How I will take you to a journey of Various Indian cuisines. 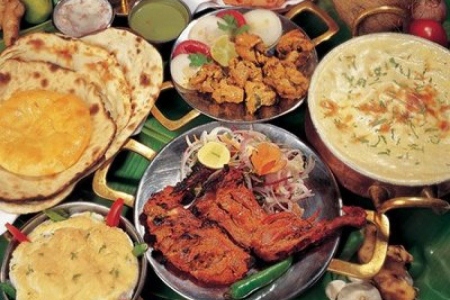 According to the Rig-Veda (also called Vedas), Kashmir has a meat eating tradition while the ancient Kashmiri Epic, Nilamat Purana, records that Kashmiris have been a heavy meat eater. This habit of meat eating also persists till today. Kashmir Cuisines are meat based, Lambs, Goat meat and many other forms the basis of many famous dishes. It is flavoured with Saffron and Kashmiri Chillies which are not too spicy but gives a rich red colour to the food and makes it presentable. The abundance of dry fruits like apricot, walnut, almond etc also inspires Kashmiris to use them with their delicacies.

Fresh water fish like trout found in the flowing water of the Himalayas also forms some of the famous delicacies of Kashmir. Food is generally followed by the fresh fruits like cherries, apples and plums which thrive in the cold weather of Kashmir. The spices used are mostly raw ground spices that taste bombs different regions of your mouth. Dishes like Rogan josh, Kashmiri pulao and even the famous dum aloo are a gift to India from Kashmiri cuisine. 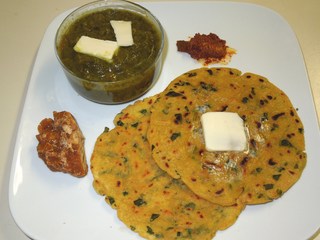 Just as I hear the name of Punjabi dishes, my mouth drools and my stomach carves like a hungry elephant. Punjabi’s specialty is that they use a high amount of clarified butter, Makhan or oil in almost everything they cook. They have both vegetarian food as well as non-vegetarian food. Punjabi food is rich calorie food which is meant to suit their lifestyle as they work the whole day in farmlands. Some of the dishes which are well renowned all over are Mah ki Dal (daal makkhani) , butter Chicken and Sarso Da Saag. The main masala in Punjabi dishes is made from Ginger, Onion and Garlic.

Tandoori food (my mouth fills with saliva) is the speciality of Punjabi dishes in the non-veg category. Many of the most popular elements of Anglo Indian like Tandoor, Naan, Pakodas and Paneer derive from the Punjab. You will find various types of kebabs, fried meat, and tandoori vegetables being served on streets of Punjab. Don’t forget that gigantic piece of butter that is complimentary with whatever you order from a Punjabi dhaba. 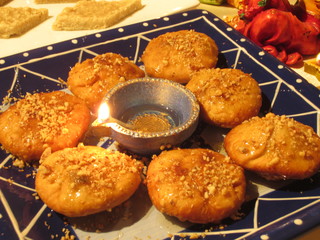 Rajasthani cuisine was influenced by both warrior lifestyle of the inhabitants of this region and the availability of the ingredients in this arid region. Rajasthan word means the place of kings and kings are warriors. Food that could be kept for several days without heating was preferred. Overly heated days to chilled nights covering the sand dunes of the state affected the flora. The scarcity of water and other fresh green vegetables affected their style of cooking. Although you will find a large variety of pulses grown and as for vegetable, one can only go with pumpkin farming in Rajasthan. In the desert belts of Jaisalmer, Barmar and Bikaner cooks used minimum water and preferred milk and clarified butter (Desi Ghee).?

Bajra and corn are used all over the state for rabdi, khichdi and rotis. Various chutneys are also made from the available spices like turmeric, coriander, mint and garlic. The best of the Rajasthani food is the combination of Dal, Bati and Churma. This region is distinguished by its sweets – Mawa Kachori from Jodhpur, Malpuas from Pushkar, Rasogullas from Bikaner and Ghevar from Jaipur. 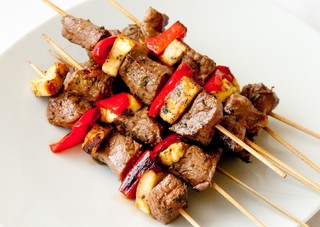 This style of cooking supports both veg and non-veg and it is mainly influenced by the Mughal style of cooking techniques. The Awadhi cuisine of Uttar Pradesh shares similarities between the Kashmir and Punjab and the state is famous for the Nawabi food and use of Mutton, Paneer and spices such as Cardamom and Saffron. Its most famous dishes include Kababs, Dum Biryani and various famous recipes. Awadhi is a type of West-Central Uttar Pradeshi cuisine found in the states of Awadh region.

The Samosa and Pakoda, one the most famous snacks of all India are believed to be originated from Uttar Pradesh. Mughlai cuisine is also integral to western and central Uttar Pradesh cuisine.

Gujarati cuisine is in many ways unique from other culinary traditions in India. It is in this state that most of the people are vegetarian. Gujarati cuisine is blended with exquisite flavours and textures. A wide variety of Gujarati Cuisines are cooked at home and many different cuisines in the parts of Gujarat are originated from different regions.

A typical Gujarati Thali (a plate) consists of Rotli (Wheat Bread), Dal, Bhat(Rice), and Shaak(Vegetables). Although Gujaratis are fond of food and there are thousands of Shaak which could be added to the Thali. 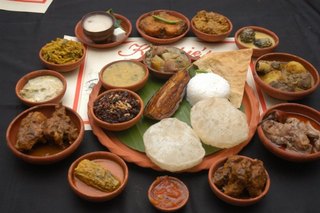 Most of us are aware of the Bengali tradition and their love for fish. Bengalis are also fond of literature, art, music, theatre and of course food. Their greatest addition to the Indian cuisine is the great and magnificent spectrum of their sweets made from curdled milk, Dahi, Gulab Jamun, Rasmalai and much more.

Besides sweets, Bengali loves to fish and most of their traditional cuisines are made from fish. Sometimes the fish is marinated in spices and sometimes it is cooked in the curd.

The speciality of the Bengali food is their use of Panchphoron (five basic spices), that include Jeera, Kaulaunji, Saunf, Fenugreek and Mustard seeds. Generally, Bengali food is a mixture of sweet and spices. 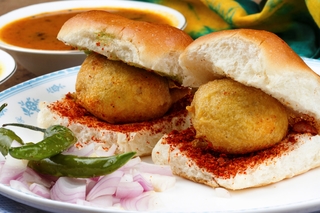 Maharashtrian cuisines are the cuisines of Marathi people from the state of Maharashtra. These cuisines cover wide range of food having mild or very spicy dishes. Maharashtrian Dishes includes subtly flavoured vegetarian delicacies and hot aromatic meat and fish curries. Their crunchy crisp tastes are mainly made from rice and jaggery. The exotic ‘Konkani’ and ‘Malwani’ cuisines also have their origins from coastal parts of this region and are sea food based.

As in most art of India rice is the basic food grain of Maharashtra too. All non-vegetarian and vegetarian dishes are eaten with boiled rice or with Bhakris (soft rotis made from rice flour). Special rice puri called Vada and Amboli, which is a pancake made from fermented rice, urad dal and semolina are also eaten as the part of the main meal. 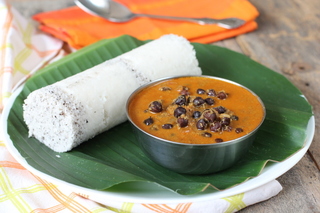 Malabari or Keralite cuisine is simple yet unique. It is often cooked in coconut milk and encompasses a blend of vegetables, meat and seafood. Malabari is known for its unique spicy formulation and also known as the ‘best breakfast in the world’. A favourite breakfast dish is Puttu(sounds funny), Rich flour dough is layered with grated coconut and seamed in the hollow cylinder.

Kerala has a well-developed vegetarian cuisine. You can have the clean breakfast served on the big banana leaf, which is hygienic and easy to dispose of also. Malwari equally excels in non-veg dishes such as ‘Pathiri’ and ‘Kozhi Curry’ (chicken), biryani and fish dishes.

I hope you enjoyed this journey through the different regions of India. While writing this blog, my mind was constantly distracted by all the tasty and delicious cuisines from all the various regions of India. Just share your personal experience related to the different foods and culture. Just comment below I would love to hear from you.

Did I lit the spark inside you? Did you like the article? Please share your story with me. I would love to hear your tradition 🙂